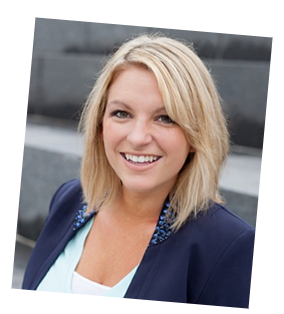 Dr. Autumn Blackburn is a Nashville native that is excited to be practicing in her home town. She attended Donelson Christian Academy before receiving a Bachelor of Science in Biology from Cumberland University in Lebanon, TN. While attending Cumberland she was a member of the biological honor society, pre-professional society, as well as a collegiate cheerleader.

Dr. Autumn was inspired to join the chiropractic field by a family friend who has a strong passion for his work as a chiropractor. She attended Palmer College of Chiropractic in Port Orange, FL. While there she was the president of the Sacral Occipital Technique Club, received a Graston technique certification and was awarded a Leadership Achievement award two consecutive years.

Dr. Autumn loves spending time with her family, going to Titans and Predators games, and seeing live concerts. You can often find her spending time on the trails at the greenway or getting in a good workout. She is passionate about chiropractic and ready to be a part of a health movement. During her time at the University of Tennessee, Dr. Hailey developed her love and passion for caring for patients while working as a physical therapy technician at Tennessee orthopedic Clinic in Knoxville, TN. After graduation, she attended Logan College of Chiropractic and graduated in 2020. While there she learned various techniques including Diversified, Thompson, Activator, and Logan Basic.

Dr. Hailey loves cheering on her favorite teams the Vols, Titans, and Preds. She enjoys attending concerts, spending time with her husband and family, and the occasional nap. She spends her free time getting in a good run or binge watching crime dramas. She is passionate about caring for patients and how chiropractic care can change a patient’s life.